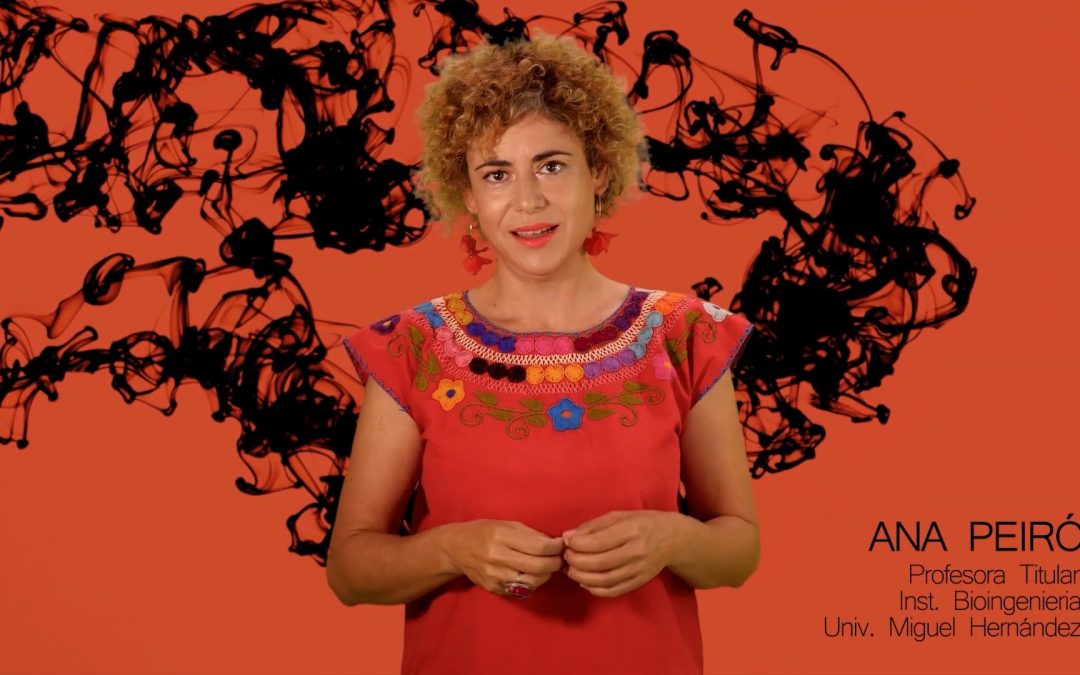 ‘’Little things for girls?’ is the title of the informative project in which the Miguel Hernández University (UMH) of Elche has participated, which consists of a collection of videos that address issues of care and biomedical research with rigor, a gender perspective and humor . This initiative, promoted by the researcher of the Bioengineering Institute of the UMH Ana Peiró, through the Difunde Program of the Vice-rectorate for Knowledge Transfer and Exchange of the UMH, is launched today, on the eve of the International Day of Women and Girls in the Science, which is commemorated on February 11. Researchers from the University of Valencia (UV) and the General University Hospital Dr. Balmis in Alicante participate in this project. The ultimate goal of the initiative is to vindicate and deepen the gender perspective, both in care and in biomedical research. According to Ana Peiró, professor at the UMH and clinical pharmacologist at the Dr. Balmis Hospital in Alicante, “it is about highlighting the differences and similarities between men and women in dealing with diseases and pain, both biologically and psychosocial. In biomedical research it is also crucial to incorporate this perspective to promote equity in health”.

Thus, in the first video of the series, three experts address postpartum pain, how menstrual cycles affect daily life, and the changes experienced during menopause. “The topics are treated using humor to break false beliefs such as, for example, the idea that women must resign themselves to experiencing pain in any of the vital phases they go through,” adds pediatrician Amparo Ausina. In this audiovisual piece, which has benefited from the advice of Irene Aterido, sociologist and sexologist, Marie Gombert, doctoral student at the UV, emphasizes the need to pay attention to biological rhythms and how these condition sight, smell, strength or The digestion.

Another of the videos in the collection, which has the collaboration of Nuria Gregori-Flor, anthropologist nurse and specialist in intersexualities at the General University Hospital of Elche and the DSD Kaleidos organization, addresses duality in genders and enriches it with other realities beyond masculine and feminine. A third audiovisual piece, with the advice of the cardiologist at the National Cardiovascular Research Center of the Carlos III Health Institute and director of the European Society of Cardiology Héctor Bueno, focuses on the invisibility of women in cardiovascular disease research, which historically has focused on the symptomatology of heart attacks in men (the so-called Yentl Syndrome).

The audiovisual collection is aligned with the strategy of the Valencian health system, which promotes a comprehensive approach to the health of women and men based on their biological and psychosocial differences, as well as the prevention of gender bias.

In this sense, the General University Hospital Dr. Balmis in Alicante will host a conference on research with a gender perspective on February 11, 2022, on the occasion of the International Day of Women and Girls in Science. The event will feature the participation of experts from the academic world and Valencian research centers, who will address gender differences in issues such as smoking, Covid-19, fertility, addictions, neurodegenerative diseases, neonatology, diabetes, cancer or autoimmune diseases . The conference is organized by the UMH, Isabial, the General University Hospital Dr. Balmis of Alicante, the University of Alicante and the Ministry of Universal Health and Public Health.