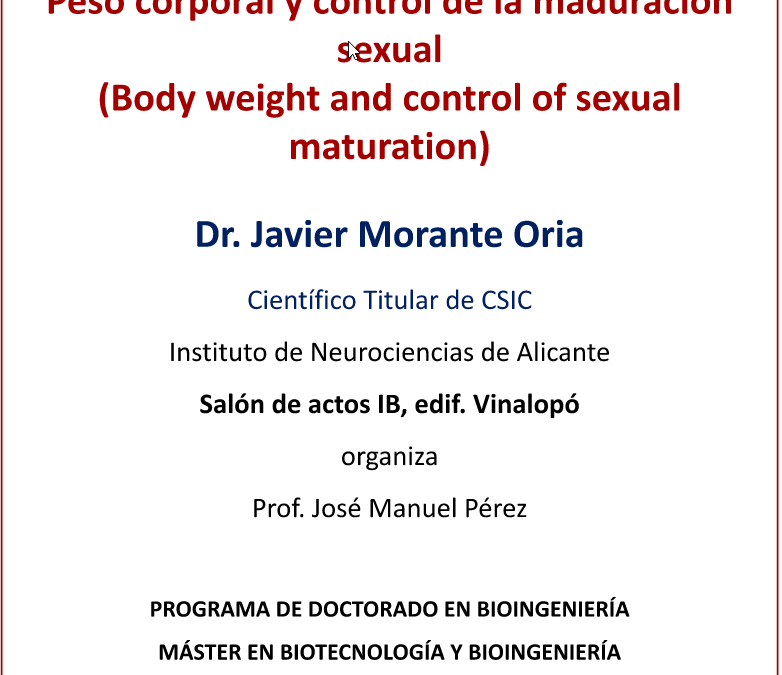 Brief description of the talk.

“During the development of an organism, steroid release induces the transition from juvenile growth to sexual maturation in humans and insects alike. The initiation of this change is a controlled process, requiring the assessment of checkpoints based on nutrient levels and growth status. How exactly these signals are integrated to dictate when an animal may reach sexual maturity, as well as what molecular and cellular mechanisms trigger this critical decision, remains a fascinating mystery. Childhood obesity, whose prevalence is increasing to pandemic proportions, has been associated in girls with precocious puberty. On the other hand, malnutrition and intense physical training may delay puberty. Previous work has also shown that a deficiency of leptin or its receptors leads to hyperphagia, early-onset obesity, and delayed or complete failure to initiate the pubertal transition. In our research group we use Drosohphila, aiming to identify the molecular and cellular mechanisms and neuroendocrine circuits required for the regulation of sexual maturation and body weight control.”